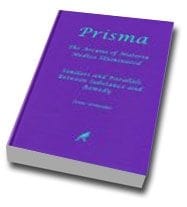 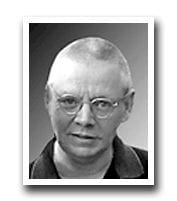 Printed in The Netherlands, hardback, 1438 pages.

Completion and addition are more good reasons for including data from natural sciences into the homoeopathic materia medica. A few examples. The recently discovered connection between boron and osteoporosis puts the Borax symptom 'fear of failing' into a new perspective. The mind-picture of Manganum reveals hardly any specific symptoms. A phenomenon known as 'manganese madness'- which even has been connected with BSE [mad cow disease] - is not included. The bite by the black widow spider [Latrodectus mactans] may cause a syndrome named 'latrodectism', much of which is missing in the materia medica. Although blonging to entirely different plant families, Plantago [plantain] and Euphrasia [eyebright] have the presence of the rare biological substance aucubin in common. Aucubin is the main active ingredient of 'anti-smoking compounds'. Plantago is in homoeopathic literature mentioned for that purpose - remedies to increase disgust for tobacco - but Euphrasia is not, despite the fact that two provers developed an aversion to smoking. Demographic studies have demonstrated the severe mental and physical effects of ergot poisoning I Secale cornutum]. Much of the mental symptomatology is not included in the materia medica. The psycho-active properties are thought to be related to the alkaloid lysergic acid, which naturally occurs in the fungus and from which LSD is derived. Placed against the background of medieval beliefs, the alleged bewitchment by the devil would seem intensely 'bad trips' or, more accurately, acute schizophrenic attacks [which LSD is known to produce].

Structure of the book
Every remedy is introduced with a quip or a quote, ranging from deadly serious to light-hearted. Taken from every available source, the SIGNS section contains [summarized] information about the substance from which the drug is derived. Sources are documented. Collecting the information for the SIGNS section was like making a journey through the colourful world of books, articles, internet texts, and websites. And yet there is still so much to discover. The section MAIN SYMPTOMS is a revised and enlarged version of the 'Leading Symptoms' in Synoptic Materia Medica 1. Quotes are indicated by a black dot ; quotes include the exact phrasings of proving symptoms, as well as clinical symptoms, fragments of cases, contemporary concepts, and correlations.

The symptoms comprising the RUBRICS section are taken from Synthesis, Edition 7.1. By going through the proving reports in Hughes & Dake's Cycloppaedia of Drug Pathogenesy, I came across symptoms which have been overlooked or, in my opinion, misinterpreted. These are added or corrected, respectively. References are given for all additions; additions without a reference are mine.

Acknowledgements
Many thanks to all who have contributed to the realization of this book. Many special thanks to my wife Maud, for gathering so much information; to Jenni Tree, for diligently proof-reading the manuscript and for her valuable additions; to Hanssjorg Hee, for putting his extensive homoeopathic library at our disposal; to Karl-Josef Muller, for exchanging ideas by e-mail; to Bert Breuker, for being Dutch and living in Sweden and for the hours of brainstorming; and to Arne Milan Vermeulen for installing powerful engines to search the net.