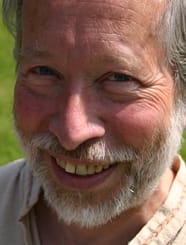 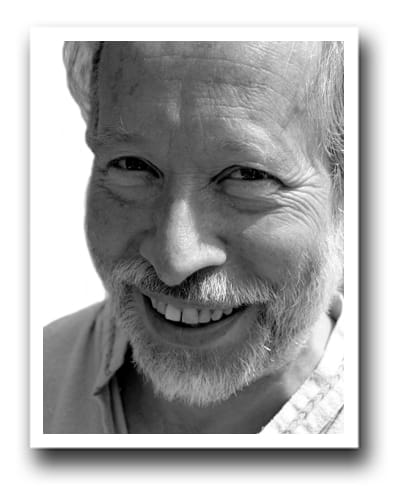 I was born in 1943 of central European parents (both artists) who emigrated to UK in 1939. My father was a Jew from Bohemia and my mother a German from Brandenburg. In common with many families in 20th century Europe, my family had resolved racial tension in a bond of love. However this racial tension was politically exploited in the prevailing climate of prejudice in the 1930-40’s (yes, even in England!). In the UK, being Jewish was questionable while being German was almost unforgivable. This latter opinion was well founded because German bombs were falling.

We lived in Mumbles on the Gower. I remember the night sky illuminated with Swansea under siege. But especially, I remember the sense of safety which my family engendered, the security of being loved.

As soon as the war ended my parents purchased a run-down house in the London suburb of Hampstead. They also changed our name from Neuschul (literally New-Schule or school) to Norland. I protested and wept over this change. My parents were busy as never before, renovating the house. I was unnerved by the changes and by the ubiquitous evidence of war: the bomb sites. I began to have a reoccurrent nightmare of a volcano erupting, lava flowing and having to run for my life.

I remember the mounting excitement of my first day at school. I had a specific agenda, I wanted to see Sulphur. I had heard that it was associated with volcanic eruptions. I escaped the classroom during the lunch break. In 1948 siesta was a rule and I resisted it. I sprinted across playing fields and sneaked into the chemistry labs. It was my good fortune to meet an unharassed teacher, who, far from shooing me back to the kindergarten, lifted a large reagent jar from a high shelf. Uncorking it, she withdrew a chunky fragment of yellow stuff and placed it in my hands. I must have been expecting it to be hot as a lava flow, certainly I was disappointed, for as the teacher later reminded me, I had exclaimed, "Is that all!" This incident set the scene for a couple of turbulent years in which I got into trouble a lot, so much so that I was 'asked to leave'.

This nipping of my tender bud reconfirmed an ancestral stamp, a mark of the Jewish refugee: from then on I changed schools at regular, two-yearly intervals. During my academic peregrinations I rejoined this school. I was 14 years of age and had not found my way academically. I was searching for inspiration which I found in the study of biology as well as in the theater. Such heady experiences in rehearsals! What lessons in teamwork! Great performances! I regretted being so unskilled at remembering my lines but delighted in the thrill of declaiming the few I had committed to memory. I remember writing an end of term production. I played the alchemist while my best friend dressed up as the nobleman, my sponsor. It turned out to be a fiasco in which the alchemist’s vessel burst into unruly flame and smoked out the audience.

These incidents are small markers along a track of discovery that led me in three distinct directions. I was fascinated by Plato and Pythagoras and later by the existential philosophers. I picked up and ran with the discoveries of Freud and later with Reich and Jung. I flew on wings of Hindu mysticism and in my late teens attended weekly Yoga and meditation classes. This was the first direction. The second was reportage photography, an abiding love of listening to music and writing poetry. I put my feelings into verse and participated in a North London group who gave poetry recitals set to jazz. I went for various drama school interviews and got a place at Lamda School of Drama, but chickened out before term began. The third direction was science. I believed that God was also to be found in the equation. But being a dunce at math I found Him more readily in nature. And so, following the trail of the largest manifesting in the smallest, in bio-chemistry, I spent almost a year as a laboratory assistant at the Medical Research Council’s establishment annexed to Hammersmith Hospital. I enjoyed the detective work and the spirit of discovery amongst scientists, who free from financial constraints could pursue ‘pure’ empirical enquiry. I attempted to interest them in researching psychotropic substances but the director of the team for whom I worked was dubious about finding approval amongst his peers. What is astonishing is that he considered my proposals! I was being heard! It was a relief to be out of school where I was treated as a nuisance at best and as a menace at worst.

Before leaving the subject of Medical Research, I should recount what it was that most of the other scientists were up to in the name of cancer research. This was shocking to me and I was glad that the team I had landed with had no part in it. The sub-basement of the research building, a tower block of some 30 stories, was dedicated to irradiation. It boasted a massive X-ray unit, a small cyclotron particle accelerator, a Van De Graaf high voltage source, radio-active cobalt and other means of producing rays and sub-atomic particles. The top story of the building, heady in the sky, housed a zoo. Here ill-fated creatures such as albino rats and mice, rabbits, monkeys and pigs awaited a macabre fate. The approach to cancer research at that time was to induce growths in an animal using carcinogens. At various stages of cancerous infiltration the animals were taken to the sub-basement and subjected to one or another type of ray or accelerated particle. The object being to ascertain which mode of ‘treatment’ would be ‘effective’.

This level of debasement of the sanctity of life by those very scientists whose enquiry was to uncover its secrets, shocked and disillusioned me. Plus there was an issue of a major impediment to the fatty acid metabolism research that ‘my’ group were beset by: the issue of in vitro experiments being different from those conducted in vivo. That is the age-old and knotty problem that what occurs in test-tube experiments in vitro, is likely not to be replicable in the living organism. Or put another way, even a collection of all the parts in vitro (were it possible to do this) would not make up the living in vivo whole.

After gaining 6 ‘A’ level GCE’s in various subjects and after almost a year as a laboratory assistant and more than another year of foreign travel, it was time to settle down. It was also a time for a major turn around. I chose a career in film making, working up through film editing documentaries, to script writing, cinematography, TV commercials, feature film editing and directing. Then, after a stint in Hollywood, I got married and had a son. Returning to London, I fell back into the rut of my bread and butter work: the financial security afforded by directing TV commercials. I had grown to hate prostituting my art, as I was viewing it. I began to search for ‘higher truths’ and I found out about homeopathy.

I began informal study of homeopathy at John Damonte’s fortnightly classes. A word about my beloved teacher, John Damonte, to whom I owe a debit of deepest gratitude: he entered my life in 1970 when I prayed for direction. He gave freely and generously of his heart and from the font of his wisdom. He anchored me in the philosophy of healing and homeopathy and reawakened my love of psychology and the hermetic wisdom teachings. He put the teachings of the classical Greek philosophers into a modern context of healing. His knowledge embraced astrology, theosophy, Jung and the teachings of the four elements, as well as the chakra system of the orient and its connection with the endochrine systems in our bodies. These teachings help to integrate our understanding of spirit, mind, emotions and body.

In 1975 my homeopathic practice took off. I became the barefoot homeopath of the North London hippy community. I gained much experience in the treatment of children’s epidemic diseases and acute prescribing. I saw homeopathy bring about miraculous cures and also long-term healing in chronic cases. I learnt that an acute is often best treated (in that the patient does not relapse) by a constitutional remedy. In short, homeopathic philosophy was revealed to me by practical experience. Folks with serious conditions often made arduous journeys to consult me and because of this follow-ups were infrequent. Necessity bade me hold my over-eager beginner’s hand. I learnt that the similimum, over time, can provide the impulse which can change the direction of folk’s lives, setting their sails into the wind of self forgetting (for what is more selfish than being taken over by one’s own suffering) and thus were able to receive and give more love and express more creativity in their lives.

In 1978 alongside other students of the older homeopaths (such as wise Thomas Maughan) who had seen fit to guide us prior to their deaths, we founded The Society of Homeopaths, dedicated to 1. practice according to Hahnemannian precepts, 2. education, 3. information dissemination and 4. creating and maintaining a register. I was the first editor of the new Society’s journal, ‘The Homeopath’.

I began formal teaching at the College of Homeopathy in 1979, although I had been running fortnightly study groups from my home for some years prior to this.

I remarried in 1980 to my beloved Brigitte, soul mate and friend. We had our first son – now we have three more sons together, plus my first born from my first marriage.

In 1981 we moved to Devonshire with our family founding The School of Homeopathy at this time. David Mundy began teaching in 1982 and Janet Snowdon in 1984. Murray Feldman was a frequent teacher while Jeremy Sherr, Joanna Daly and David Curtin (now sadly passed away) also contributed.

In 1984 we established ourselves at Yondercott House where the family and the School lived side by side. Then in 2008 we moved the School to bigger premises at Hawkwood College near Stroud in the Cotswolds where it is still now based. We are proud that our current faculty includes many former students who cooperate in creating and maintaining the friendly atmosphere and the educational ethos of the School as well as its cutting-edge culture of discovery and invention.

Books are available to buy online but if you want to discuss trade discounts and bulk orders please contact us.