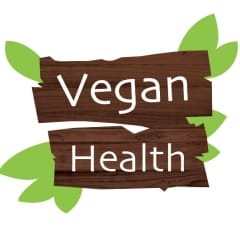 Should you go vegan for health?

Veganuary 2019 was the biggest ever, with hundreds of thousands of people officially pledging to eat vegan during January. The number one reason given for registering was animal welfare, but health and environmental reasons were also rated highly.

While the argument for animal welfare is clear, the benefits to health and the environment are more complex. So is it really better to eat vegan?

Becoming vegan means removing all meat, fish, dairy products and eggs, as well as being cautious about animal based products that are used in the manufacture of food, clothes etc. Naturally, the consumption of fruit, vegetables grains and pulses will increase to compensate for the foods that have been removed. Let’s take a look at the health implications of the vegan diet:

Consumption of red meat is strongly linked to many chronic health conditions, including cancers such as bowel cancer, and reducing consumption is widely advised. Decreasing overall meat intake (including poultry) has also been shown to have distinct health benefits; as well as causing inflammation around the body, animal protein can be harder to digest and takes a lot of cellular energy to process. A diet lighter in protein allows the body to use that energy elsewhere for essential repair and maintenance.

But be aware - meat is rich in iron and a high quality source of protein which is difficult to mimic in a vegan diet, so protein sources must be selected carefully to avoid deficiency and iron may need to be supplemented by those with a tendency towards anaemia.

Eggs have less negative health effects than meat, although those with high cholesterol may choose to moderate their intake. In fact, the liver produces far more cholesterol than is gained through the diet each day, so dietary intake has a relatively small impact and should not be a concern for people in good general health. Eggs boast some of the highest quality protein available, so again if you intend to become vegan you will need to think carefully about how to replace this.

More and more people are experiencing symptoms of lactose intolerance, digestive discomfort on consumption of dairy products. There are also many studies linking dairy intake to conditions such as allergies, asthma, eczema and hayfever - and singers may be familiar with the feeling of excess mucus from consuming dairy before a performance. The only real benefit of dairy foods is that they are high in calcium however this is not easily absorbed by the body, and has an acidifying effect on the blood once metabolised, which can mean calcium being used to neutralise the blood rather than in the bones where it is needed. With all this in mind it’s difficult to find any good reasons to use dairy foods, with plenty of vegan sources of calcium including dark leafy greens, seeds, pulses and milk replacements.

This is probably one of the most difficult items to replace on a vegan diet, due to the Omega 3 fatty acids found in oily fish which have a long list of benefits including improving cardiovascular health, cognitive function and supporting the immune system. Vegan sources of Omega 3 include flaxseeds and pumpkin seeds, however the body needs to perform a conversion in order for plant based Omega 3s to derive the same benefits and this process is somewhat inefficient. Fish, meanwhile, contains essential fatty acids in readily useable forms so is an ideal source.

Worth a mention is vitamin B12 – this is generally only present in animal foods and so is the nutrient most likely to be at risk in a vegan diet. Since B12 is stored in the liver, going vegan for a month shouldn’t cause too many problems, but over a longer period deficiency symptoms such as pernicious anaemia might start to show. It’s therefore important to consider using fortified foods or asking a nutritional therapist to prescribe a suitable supplement if you are planning to go vegan for the long-term.

One huge benefit of the vegan diet is the increased quantity of fruit, vegetables, grains and pulses that will be eaten. Fruit and vegetables are low fat and contain high amounts of vitamin C which is not only essential for the immune system but also aids absorption of iron from non-meat sources. They are also rich source of phytonutrients – a family of amazing plant chemicals which are being shown to have more and more remarkable health benefits with each new study that is published. Grains and pulses are great sources of fibre which helps with overall digestive health as well as helping to manage cholesterol levels. Pulses and grains need to be combined to ensure that all the essential amino acids are provided for a high quality protein intake - this is something a nutritional therapist can advise on in more detail.

Certainly from a health point of view, increasing the intake of fibre, fruit and vegetables and limiting overall meat and dairy consumption seems highly beneficial. For optimal health it is likely that a mainly vegan diet plus oily fish would be ideal. If you do not want to eat fish then you need to take extra care you are getting the right balance of protein from other sources. As for Veganuary, cutting out animal foods for a month and focusing instead on a plant based diet could give a wonderful boost to the health of many people – just be mindful of possible deficiencies if you plan to continue the diet for longer period.

You may also like: the article on Can a vegan diet help the environment.

If you want to learn more visit a Nutritional Therapist or take a  course in Nutrition.