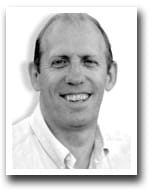 After he completed his medical training, in 1976 in Liverpool, Stephen worked for over 6 years in hospital and then in general practice. It was during his time in general practice that he began to see methods of treating people that were quite different to his experience and understanding. There were homeopaths, acupuncturists and osteopaths working locally who were clearly, in many cases, doing more for patients than Stephen could with his knowledge and training in conventional medicine. This aroused his curiosity and he began training in methods of holistic medicine, particularly allergy work and nutrition. For a time he was medical advisor the the Morecambe Bay Cancer Help Centre, which was run by someone who had recovered from cancer by using natural methods of diet and relaxation. Stephen was priviliged to hear and see amazing stories of recovery from cancer.

Stephen undertook several weekend courses as a GP in homeopathy and acupuncture and he used these methods with some success. However, when he met someone who had trained in acupuncture for 6 months in China he quickly realised that a weekend course was not quite enough to enable him to call himself an acupuncturist! At the same time, Stephen was becoming increasingly disillusioned with conventional medical practice. Consequently, he left general practice to focus solely on holistic medicine.

Stephen spent a couple of years at the Northern College of Homoeopathy in the UK and had a great time beginning to understand the philosophies of holistic medicine, specifically homeopathy. However, he felt that he had a closer connection with Oriental philosophies and, in 1985, Stephen went to China to study acupuncture.

Following his return to the UK he practised acupuncture. He subsequently trained in Chinese Herbal Medicine in London, with the esteemed master Tinh Thong Nguyen, a 3rd generation Vietnamese practitioner.