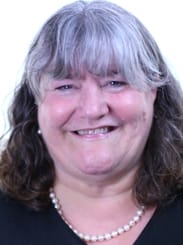 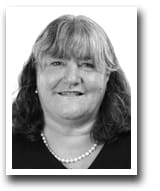 Jude has always taken an holistic approach to living. She explored many approaches before finding homoeopathy, which she feels is able to answer all the questions, even now after over 30 years in homoeopathy. Her passion is uniting the spiritual journey into the world of health and healing. She believes that our theology / belief becomes our body, which belief combines her twin passions of spirituality and homoeopathy. Jude finds the new physics of Quantum Entanglement not only validates homoeopathy but underpins the reunion of the soul as part of health.

Currently Jude works as a Classical Homoeopath and Interspiritual Minister. Her work ranges from her homoeopathic practice to creating ceremonies, workshops and webinars, supporting people living their spiritual beliefs. She also tutors for the School.

Jude's favourite part about being a tutor is reading the catalysts for people in pursuing Homoeopathy, seeing what inspires them to open their hearts and minds to a 180-degree world-view and hearing how their sense of calling draws them forward and changes their lives.

Jude trained as a homoeopath in the early 80s and has been in practice ever since. She attended Seminary and was ordained as an Inter-Spiritual Minister in 2002. She studied for, and was awarded, a Masters in Divinity in 2004. She ran, aswell as taught, at the Scottish College of Classical Homoeopathy and has also taught in other colleges around the UK. She has created seminars and retreats which she has led in Australia, Spain, Canada, USA and UK. She has also spent much time in silent retreats, which have been invaluable in honing her listening skills.

Jude has four children, all of whom have flown the nest, which is a shed set in the foothills of the Cairngorm Mountains. She grew up all round UK so says she feels very `British`. I feel the scenery is an eyebath for the soul and I wake each day in gratitude. I enjoy Taize chanting and hope to eventually sing in tune! Jude values silence, nature, friends and family, leaving time between everything she does in order to be fully present to the eternal moment. Jude travels regularly to Ireland and enjoys the Celtic spirituality of our islands.