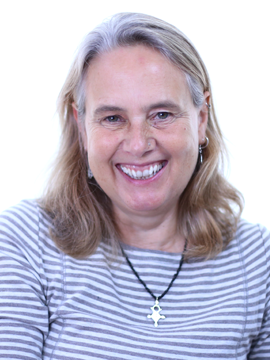 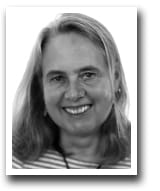 Janet’s journey to homeopathy starts with a common story: She started using homeopathy herself in her early 20s when she was suffering from menstrual irregularities that persisted, despite various interventions where she felt she had been poked and prodded about to no avail. Fortunately, a friend suggested homeopathy, something she had not heard of at that point in time, and sure enough it came to the rescue! That started a conviction that conventional medicine doesn’t always have the answers and can often be invasive, sometimes even aggressive, and can leave unwanted side effects. Janet came to study homeopathy after years of using it successfully herself and with her four children. As she became more and more confident in her home prescribing she also became increasingly fascinated and wanted to learn more. Janet spent four years, from 2007 to 2011, studying homeopathy at the School of Homeopathy. Janet says, “It was a tremendous blessing, a 'University of Life’, and I learnt a great deal about myself as well as about homeopathy.”

Janet runs two homeopathy clinics, one in the little Cornish village where she lives and one in nearby Plymouth. She sees people of all ages and feels privileged to walk alongside people for a while on their road to recovering their health. The journey is different with each and every person she sees but is always humbling. Since qualifying as a homeopath Janet endeavours to keep up with new ideas and thinking in philosophy and Materia Medica through reading and continued professional development. She has particularly followed the work of Sankaran and the Joshis and uses a fairly eclectic blend of approaches in her practice that adapts to the needs of the individual client.

Janet loves being a tutor! No matter how many times she marks a particular assignment she so often feels she has gained a new insight from the student. She feels that the assignments students present and the feedback she gives form a two way conversation that enhances them both.

Before becoming a homeopath, Janet studied Physics at degree level and became a teacher of science. She later went on to work with children with learning difficulties and spent many years mentoring young people who found it difficult to access school for one reason or another. Janet brings much of her experience and learning from these years to her homeopathy. Janet has a Practitioners Advanced Diploma in Homeopathy from the School of Homeopathy, qualifying in 2012.

Janet lives in beautiful Cornwall, on the River Tamar. She loves the wild spaces of river, woods, beach and sea. Janet has four children, raised on homeopathy. All are all now young adults - fledging but have not all quite left the nest! Family life is very important to her and she considers herself fortunate to live in a village with a strong sense of community. She is involved in putting on events, music and theatre in the Village Hall.

Studying homeopathy, was a tremendous blessing, a "University of Life"