An Insight Into Plants Volumes I & II (2 Vols)
Sankaran, Rajan 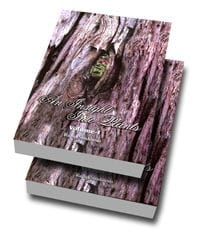 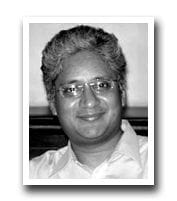 Illustrated with over a hundred successfully treated cases and several provings, this book opens up the plant kingdom as never before. Sankaran also introduces his recent approach to case taking which emphasises the importance of going beyond body and mind to what he terms the vital sensation.

The work on plant families was a milestone in my understanding. Earlier I had laid a lot of emphasis on understanding the mental state of the patient and the remedy, as I saw this as the clearest window to perceive the vital disturbance which we call disease . The development of this line of thinking led me to see the mental state as an expression of the individuals false perception of reality, bringing into focus the idea of delusion. This concept helped me to reach a deeper level of understanding of disease and this translated into improved results in practice. My earlier book , "The Spirit of Homoeopathy" , deals extensively with this concept and its application. The next book , "The Substance of Homoeopathy", deals with the classification of states into kingdoms and miasms, and this too utilizes a predominantly mental model of disease. My idea was of disease was never one of being a purely mental affection , it was and is a holistic concept, namely that the whole being is sick. However the mental expression of disease seem more easy to perceive and translate into remedy terms, being highly individual and also often being a non pathognomonic manifestation.


This "mental" model somehow failed me in my effort to find a common theme in remedies belonging to a given plant family. Here I had to go back to the General physical sensation and modalities and then it was easy to trace the connection . It then became clearer to me that the General sensation is a more basic and better representative of the vital disturbance than the mental picture, and that the mental picture is only an expression of this. I then realized that I had somehow accessed a level deeper than the delusion , namely the level of sensation. I saw that this is the level common to the body and the mind and therefore has to be very close to the vital disturbance itself.


No concept is valuable till we find the techniques to it in practice. With the shift in emphasis from the mind to deeper levels, a new method of case taking and analysis evolved quite spontaneously and I have been working with and refining this for the last two years. I must say it is a kind of revolution in the way I look at cases and the results are very encouraging. I have shared this with some of my colleagues and they report success with this method in many cases, and are we able to now give remedies we could not have imagined giving not so long ago.


Moreover I feel our understanding of Homoeopathy and life itself is now deeper .This book is an attempt to share these experiences with the profession. The ideas are still evolving and the techniques get more refined .It is a work in progress. As with the last book "An Insight Into Plants", I feel there are sufficient results to convince me that there is at least some truth in the idea and it has much potential.So long as we have failures, we need to look deeper , to look wider and to continue to evolve our concepts and techniques. It is a process , one that is sometimes frustrating and sometimes satisfying.


I trust that my colleagues will try out the ideas in practice and if they find it of value , will participate in developing these and other ideas further so that we may have more and better tools in our chosen task of restoring the sick to health.

Through his writings and lectures, Dr. Sankaran has had a profound influence on many modern homeopaths' methods of practice[. He is particularly well-known for developing a highly structured view of the Materia Medica. He has also developed a case-analysis software program called Vital Quest.

Dr. Rajan Sankaran has been practicing Homeopathy since 1981. He is internationally renowned as a clear and original thinker and is best known for his path breaking concepts in Homoeopathy. His original ideas and lucid style make him very popular as a teacher amongst homoeopaths worldwide. His seminars and teaching courses have been widely attended in India, Australia, Austria, Germany, U.S.A, England, Switzerland, France, Spain, Canada, Holland, Norway, New Zealand, Russia, Israel ,South Africa, Belgium, Spain, Italy, Korea and Japan.