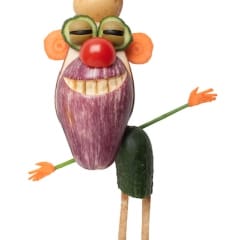 Naturopaths have long believed in the health benefits of eating whole, unprocessed foods and a panel of experts has now recognised the value of this approach - concluding that a food must be evaluated as a whole rather than by analysis of its individual nutrients.

The panel – formed by the University of Copenhagen and the University of Reading – comprised eighteen epidemiologists, physicians and food and nutrition scientists. These experts agreed that it is not possible to predict the effect that a food will have on health based on the individual nutrients that it contains. Foods are made up of multiple components held together in complex structures, and the nature of the structure can affect the way that nutrients are digested and absorbed within the body. This means that two foods with a similar nutrient profile could act differently within the body and have different effects on health.

Cheese is a good example which supports the theory – it was found to have less of an effect on blood cholesterol than would be expected based on its saturated fat content.  This was thought to be due to a complex relationship between minerals and other substances found in cheese, such as beneficial bacteria. Almonds also showed surprising results, releasing significantly less fat than expected during digestion, even when they were thoroughly chewed.

More work needs to be done to understand the implications of these findings, but it does suggest that some foods may not be as unhealthy as has previously been believed and this could lead to significant changes in dietary recommendations in the future.

The findings were published in the American Journal of Clinical Nutrition earlier this year.

To find out more about the relationship between diet and health, why not consider a course in nutrition.