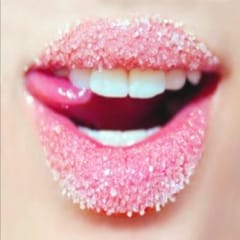 Sugar, Sweetie. The Sugar Tax - Is it a sweet thing?

The Sugar Tax – is it a sweet thing?

The new sugar tax finally arrived in April 2018 – but is it going to benefit health in the way that the Government hope?

What is the tax?

The tax applies to drinks with more than 5g sugar per 100ml. It doesn’t apply to the sugar found in natural fruit juice and milk, so these drinks are exempt even though they may contain more than the recommended levels. The main aim of the tax is to tackle rising levels of childhood obesity although it’s not just children who would benefit from consuming less sugar - it’s estimated the average teenager consumes three times more sugar than recommended and many adults are not much better.

Prior to the tax, many soft drinks contained more sugar per 500ml than the recommended child intake for an entire day. Some manufacturers have reduced the sugar content of their products to avoid the tax, replacing it with either fruit sugar or artificial sweeteners. Others have not changed their recipes at all, which means that some drinks will contain the same amount sugar but will cost a little more. It’s likely that the higher price, although only a few pence, will be enough to put consumers off. Jamie Oliver tested the theory back in 2015 when he added a 10p ‘tax’ to the price of sugary drinks sold in his restaurants. After six months, sales of the affected drinks were down by 9.3%.

Will it improve our health?

While the intentions are good, there are some major flaws. Manufacturers can avoid the tax by replacing ‘added’ sugar with ‘natural’ sugar from fruit – these are still free sugars and the actual sugar content of the final product might be the same, with the same implications for dental decay and weight gain. It’s worth noting that some brands of ‘healthy’ fruit-based drinks contain 4 or 5 teaspoons of sugar per serving – far more than most people would ever consider adding to their coffee or tea - yet these drinks are not subject to the tax.

Many drinks will still taste as sweet, as the sugar is being replaced with either fruit sugar or artificial sweeteners, like aspartame, acesulfame K and sucralose. While these changes in formulation avoid the tax, it doesn’t necessarily mean that the resulting drink will be any better for us, and does nothing to reduce sweet cravings or retrain the taste-buds to healthier ways.

Do we need to worry about sweeteners?

While most of the industry-funded research on artificial sweeteners concludes they are safe and do not adversely affect health, a review of independently funded studies found regular intake had links to both heart disease and increased BMI. Contrary to popular belief there were no clear benefits of sweeteners to weight control, with sweeteners stimulating the appetite and causing people to eat more. The debate on sweeteners is likely to rage on for many years to come, but in the meantime it surely makes sense to avoid artificial chemicals while there is so much uncertainty surrounding the effects of long term intake.

Introducing a sugar tax may have the overall effect of reducing consumption of added sugar, but does not address the core issue which is a lack of education about what is and isn’t healthy.

So the sugar tax, while having good intentions, is unlikely to create a shift towards more healthy and wholesome food choices. Instead, many will either be consuming the same amount of sugar, just in different forms, or will be increasing their consumption of chemical sweeteners. The impact on obesity is therefore likely to be minimal. On a positive note, the sugar tax has raised awareness of the huge amounts of added sugar in some products and has got people talking, which can only be a good thing.

If you are concerned about your sugar intake, or that of your family, a Nutritional Therapist will be able to give you personalised advice on the matter. If you want to learn more about Nutrition try one of our courses.