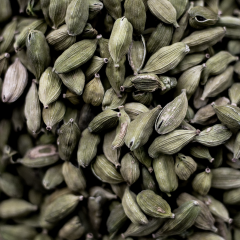 Get spicy this Autumn! Top 10 spices to warm you up as the days cool down